It is rare to see political parties commit suicide. The TPLF just did that. The regimes that came before the TPLF died trying to save themselves. The Derg Regime declared mixed economic policy on the verge of its collapse. The Regime of Emperor Haile Selassie established new cabinet to deal with the grievances of the people. Both failed to implement their initiatives or their measures were too little too late and couldn’t prevent their ultimate collapse.

The TPLF is not even trying. The abysmal and disastrous failure of the TPLF to come up with no new policy, transformative idea or even a new face at the helm of its leadership positions to meet the challenges of a country at crossroad after three months of marathon meeting proved that the TPLF is the 1960s organization with no vision and purpose to exist in 21st century Ethiopia. In fact, the TPLF before this meeting was way better than the TPLF that come out after this disastrous meeting mortally wounded. 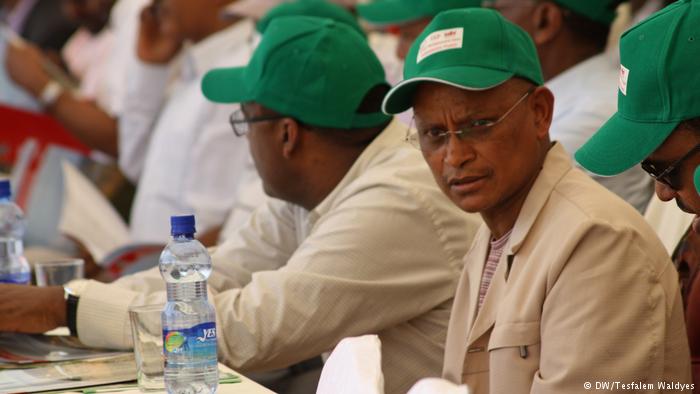 The only purpose the TPLF served in this meeting is unifying all the political forces in Ethiopia against itself. By this meeting, the TPLF ended any glimpse of hope and expectation that one may have that the TPLF might be part of the solution to the problem it created over the last 26 years. It proved that TPLF has no vision and mission that serves the national interests of the Ethiopian people except its failing attempt to hold onto political power through repression, violence and divide and rule.

By this meeting, the TPLF proved that it has no respect for the Ethiopian people. All the people it nominated and appointed to its leadership positions are the same people who created the mess and the disastrous policies and structural problems the Ethiopian people are fighting to change.  It is also important to mention the elevation of Mr. Getachew Reda, the man who called the Oromo people devils and vowed to turn the relationship between the Oromo and Amhara people into that of hay and fire. It is highly irresponsible for the TPLF to elect this man to the Executive Committee of the TPLF. It shows the disrespect TPLF has for the Amhara and Oromo people.

The second political forces that presently occupied the Ethiopian political space is the political struggle by member parties of the EPRDF to liberate themselves from the TPLF dictatorship. All member parties of the EPRDF are struggling to liberate themselves from the slave and master like relationship between the TPLF and the other three groups: namely the OPDO, the ANDM and the SEPDM. TPLF has no friends here except opportunists. All three of these parties want some form of liberation from the TPLF repressive, violent and divide and rule policies. All these parties want the EPRDF either to be democratized where TPLF will become the junior partner of all the three but the EPRDF survives. Absent this change, it is very likely that the OPDO, the ANDM, and the SEPDM will form a unified front and vote the TPLF out of office or end up dismantling the EPRDF where each group will go its own way for self-preservation. None of the options will keep the TPLF in dominant positions.

In the last 26 years, with less than 6% population base, the TPLF controlled full political, economic and security power with undisputed and uncontested veto power on everything and anything over these satellite parties, who don’t want to remain satellites anymore, who theoretically represents the rest of the Ethiopian people.  None of the EPRDF members want that status quo to continue. The OPDO and the ANDM are already at the forefront of this power struggle, with the SEPDM not that far behind. With the fierce and popular wave of resistance behind them, it is more than likely that the three members of the EPRDF will liberate themselves and their members from TPLF medieval and most brute rule or end up dismantling the EPRDF.

All the TPLF is left to do is to try to buy some members of these political parties with money and false political positions, a method the TPLF used well in the past but now completely unthinkable in the face of the fierce popular opposition and resistance against such parasitic and scavenger members which will cost them their life.

The TPLF may attempt to use the following six self-defeating strategies to outmaneuver all of the three political forces it lined up against itself.

Therefore, the TPLF suicidal decision not to reform let alone to transform and adopt new policies, structures and strategies to meet and address the demands of the Ethiopian people will strengthen the popular movement and resistance of the Ethiopian people to take political power and permanently end group and individual dictatorship in Ethiopia.