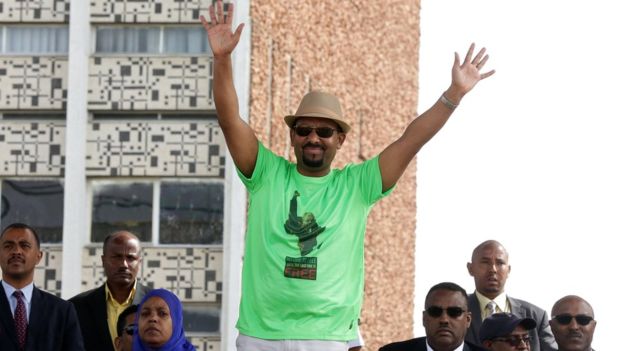 June 23, 2018 is not a day that Prime Minister Abiy Ahmed will easily forget. That morning he spoke at a rally where a huge Meskal Square crowd gathered to enthusiastically support his reforms and message of tolerance. The joyous event was a far cry from the protests and violence that engulfed the country only a few months ago.

Yet, some things don’t change.

A few minutes after his speech, the 42-year-old could have died in a deadly grenade attack. The possible assassination attempt occurred about 30 meters from the platform where Abiy was sitting.

Three days afterwards, the head of the Federal Police Commission Zeinu Jemal said that there had been a security lapse. He said an investigation was assessing why there was not adequate distance between the dignitaries and the crowd.

Several officers, including the capital’s deputy police chief, Girma Kassa, are being investigated in connection with the attack. Experts from the U.S. Federal Bureau of Investigation are providingassistance to the probe, which provoked some to suggest that Abiy is a tool of the U.S.

Many people, including members of the rally’s organising committee, are convinced the attack was an assassination attempt. There are others who say it was to terrorise the masses. For the time being, both claims remain hypothetical.

As is the case with such incidents, Addis Ababa is filled with elaborate conspiracy theories. Many are pointing fingers at the TPLF old guard with whom Abiy is said to have been jostling for power.

Since taking office, Abiy has announced significant reforms, including the release of hundreds of political prisoners, the opening of state-owned companies to investors, a peace offering to Eritrea and negotiations with exiled opposition groups. This has given an EPRDF Prime Minister broad national support across ideological camps for the first time in the party’s history.

Though some of these reforms were on the table before Abiy’s appointment, he is naturally taking the credit. However, if we go by the tradition of the coalition, he will have limited scope to pursue his own vision.

And while it is clear that Abiy is wildly popular at home and abroad, he is arousing intense opposition among others, and it is possible that disgruntled members of the security apparatus might be indulging in provocative behaviour.

Some are angered by Abiy’s dismissal of the head of the National Intelligence and Security Services, Getachew Assefa, and senior army commanders, including Chief of Staff Samora Yunis, who were perceived as integral to TPLF dominance in that sector. This might make sense to some degree, but the fact that the new Chief of Staff, General Seare Mekonen, also hails from Tigray shows the story is not that straightforward.

How much of the opposition is real or perceived, and whether it is strong enough to elicit an assassination attempt, is hard to assess. But the Prime Minister himself nurtured that sentiment by referring to elements hell-bent on thwarting reform and instigating conflict in the southern region as “daytime hyenas”. That charge has been picked up by the online community to hurl ethnic taunts against TPLF leaders and supporters. TPLF Central Committee criticism of EPRDF decision-making under Abiy, and of the lack of adequate consultation with affected communities over the new Eritrea policy, were seen as a reflection of that tension.

The alleged attempted assassination has raised the question in the minds of many of whether Abiy will be safe. If he had been murdered, would it have created chaos and disintegration?

Lesson from other countries’ histories are suggestive, as with the assassination of Egyptian leader Anwar Sadat in 1981 and Prime Minister Yitzhak Rabin of Israel in 1995. In 1979, Sadat made Egypt the first Arab country to fully recognise Israel. However, he paid the ultimate price when Islamic radicals assassinated him. The peace with Israel that he worked for then collapsed.

Similarly, Rabin led Israel towards peace with Palestinians and Arab neighbours, but was killed by an extreme Zionist as he came closer to achieving his goal. Some believed that event significantly harmed the chances of a lasting settlement.

The recent incident in Addis Ababa underscores the great need for caution, as the cost of a successful attack might be worse than in Egypt or Israel. It would certainly send a negative signal to Ethiopia’s international partners. And, far worse, the country could slip back into a pattern of armed opposition and brutal government repression.